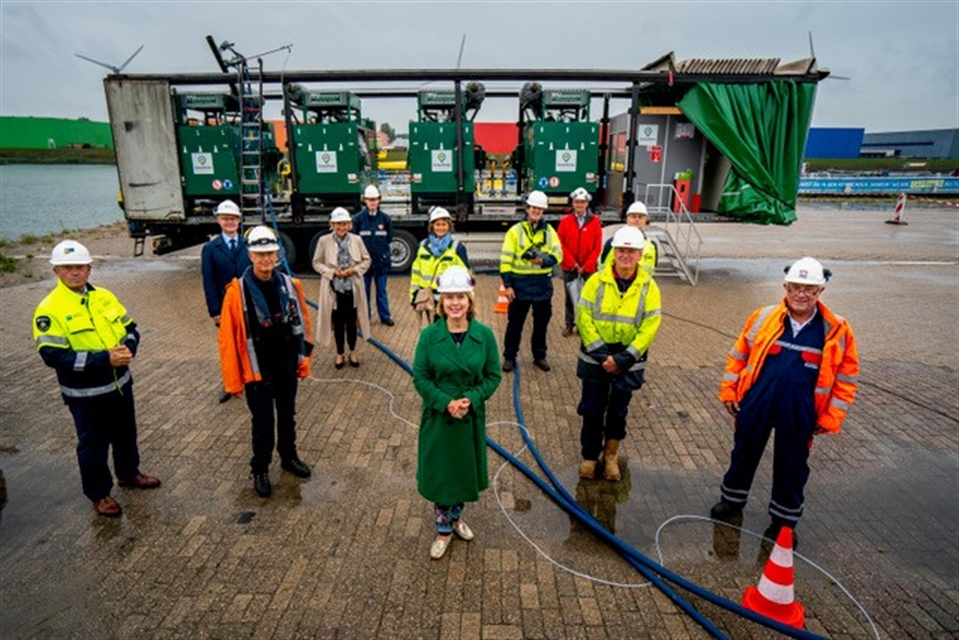 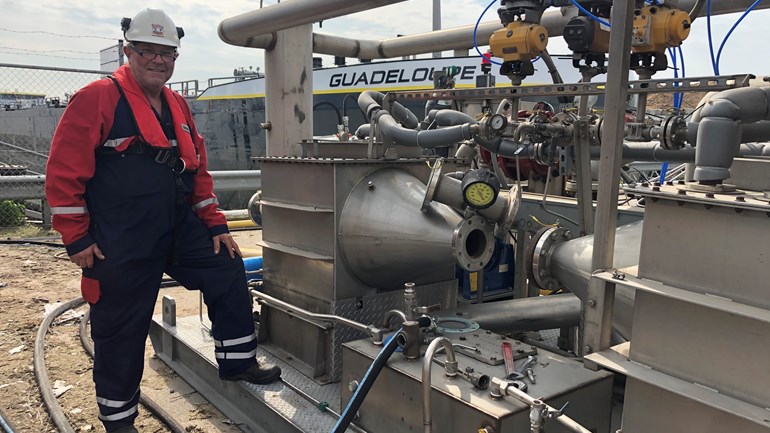 If it is up to Ruud Cogels, he will create at the Zevenmanshaven in Vlaardingen a degassing port. Ships that want to get rid of vapours which return after unloading liquid cargo can proceed to his company Mariflex in Vlaardingen, it will be possible to return energy to the local municipality from the residues that are released. These are dreams for the time being, because first Minister Cora van Nieuwenhuizen of the Netherlands has to become convinced that his degassing plant on the quay is more environmentally friendly than the underway degassing, for which he is confident, therefore he is working on a trial to test his method. Some competitors have also joined. The companies have united in the EVRA, the European Vapoury Reduction Association.

The Minister has started the test with alternative degassing plants on shore, because in 2024 it will ban the degassing underway throughout the Netherlands. The released fumes are bad for the crew, local residents and the environment. A nationwide ban could reduce emissions of harmful substances by 98%. Around some densely populated areas and near bridges and locks, all the degassing of benzene and NAFTA is now prohibited, but this is still going on as there are minor controls, or they deviate to places where the sailing degassing is still allowed.

Cogels: "Here in Rotterdam, for example, it is already forbidden, but then for example seagoing ships sail to the North Sea and open their tanks, and then return gas-free. ”So, there's another puff of benzene coming along, which I smell when I am on my sailing boat" An alternative is to degassing at the quayside, but that's not cheap. Cogels: "That quickly costs about 1 euro 50 per cubic metre. For a ship such as the GUADELOUPE, which is now here for the test phase, this would cost between 13,000 and 15,000 euros. Shippers really aren't waiting for that. But it's better for the environment." In 2012 he purchased a so-called Vapour Recovery Unit, or cryogenic condensation installation. The device sucks up the vapours from the cargo tank and cools them with liquid nitrogen at -170 degrees. As a result, the gas vapours become liquid and can be stored and disposed of as a residual product in a separate container." During an earlier trial in Antwerp, the company managed to extract 1400 litres of petrol from the residual vapours from an inland tanker. "You can use that for your car," laughs the director-owner. But it's not that far. According to the environmental law, the residual material is still considered as waste, whilst Mariflex wants to re-use it as a residual product."

I have been working on this for 15 years and have always been surprised at how much money is being thrown away with the degassing, or rather, ventilating the tanks. If we no longer label the residual material as waste, we will be able to make money from new energy in the future.

This website uses cookies to improve your experience while you navigate through the website. Out of these, the cookies that are categorized as necessary are stored on your browser as they are essential for the working of basic functionalities of the website. We also use third-party cookies that help us analyze and understand how you use this website. These cookies will be stored in your browser only with your consent. You also have the option to opt-out of these cookies. But opting out of some of these cookies may affect your browsing experience.
Necessary Always Enabled
Necessary cookies are absolutely essential for the website to function properly. This category only includes cookies that ensures basic functionalities and security features of the website. These cookies do not store any personal information.
Non-necessary
Any cookies that may not be particularly necessary for the website to function and is used specifically to collect user personal data via analytics, ads, other embedded contents are termed as non-necessary cookies. It is mandatory to procure user consent prior to running these cookies on your website.
SAVE & ACCEPT